The Story Between Our Ears 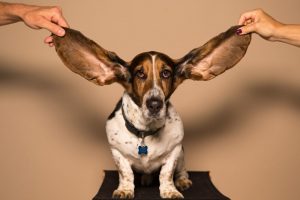 What goes on between your ears is incredibly important. Our self-talk (the way we think about ourselves) determines our successes, failures and ultimately our destiny. Unfortunately, most of our spontaneous thoughts about self (up to 70%) are negative. If I had a friend who criticized or pointed out my flaws 70% of the time I think I’d pretty quickly end that relationship. Some people are more prone to negative self-talk than others. However, the good news is that you CAN do something about this.

In the field of Emotional Intelligence, we learn that even pessimists (who usually refer to themselves as “realists”) can re-learn to think like an optimist. The art is learning to deal with your initial thoughts and then re-phrasing them to a positive version. Optimists tend to attribute failure to something they can change, but pessimists tend to internalize failures. For example, after failing a math test, a positive student might say to themselves “I failed that test. Shoot! I guess I need to study harder next time.” Whereas a pessimist might say to themselves, “I failed that test. SEE! I knew I stink at Math.”

One of my favorite podcasters is Jim Kwik with his “Kwik Brain” podcast. Jim has a short video on how to end negative self-talk. He suggests we don’t try to resist the negative thoughts that enter our brains, but we shouldn’t empower them either. “What you resist, persists.” Just for fun, try really hard to STOP thinking about a big green octopus and see how that works for you. By using the acronym ABRA (as in the first part of Abracadabra) you can “magically” re-frame your thinking. You need to Acknowledge the negative thought once it enters your head. Then Breathe to calm your mind down. After that, Release the negative thought (“that’s not who I am”). Then finally, Align your thinking to what you really want to be or achieve. Actually speak it out loud as if you are already there. The word ABRA in Hebrew means “I will create as I speak” or “It came to pass as it was spoken.” Try it out for a week and see how the chatter between your ears improves.